The instability of the single European currency goes on and it continues to remain in the range between 1.0850-1.0930 . In the early hours of today’s session began a strong movement supported by the bulls, but after reaching the resistance of 1.0930, the pair headed back down again and found its local bottom around the support of 1.0875. For now, the movement is locked between support and resistance that have been respected since last week. If the euro manages to gain strength against the dollar, we can see an increase above the resistances mentioned above and a return to 1.0985. However, if the downward pressure continues, values ​​below 1.0840 against the greenback are not excluded. During today’s session the most important news which will most likely cause a sharp increase in volatility, is the CPI in the U.S. at 12:30 GMT, according to which traders will adjust their projections regarding the rate at which the FED will normalise its monetary policy. 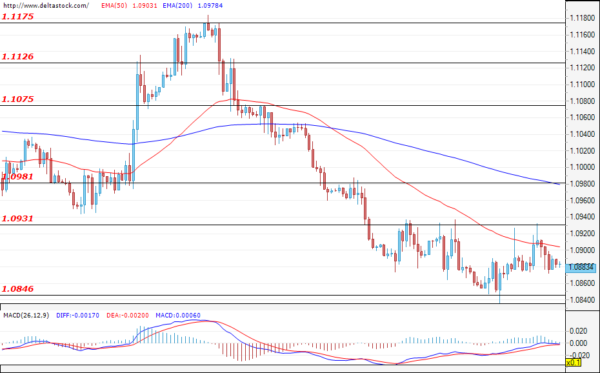 There seems to be nothing to stop the tireless attack of the bulls and almost every day we see new highs in the Ninja. The strength of the dollar against the yen rose very aggressively in the early morning hours and during the regular session stopped only at a resistance of 125.75. By the end of the day, there was a slight correction of no more than 40 pips, which stimulates redemption at the previous level. The reversal of the trend can be discussed only with a solid evidence of downward pressure, and such is currently lacking. Of course, if the resistance of 125.75 is respected again, then downward movements this week are not excluded. 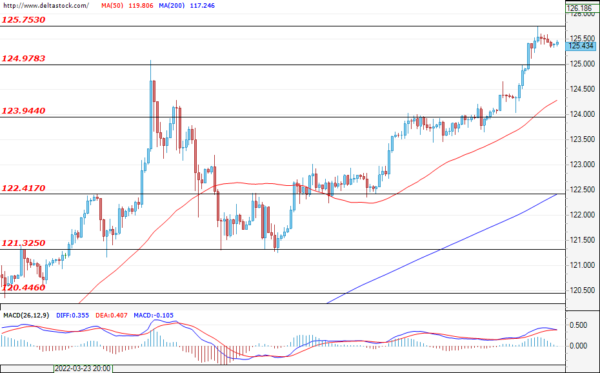 The Sterling is no exception in terms of range movements, but they are locked even narrower with a downward pressure. Each attack of the bulls was rejected at the levels around 1.3045, but as of this moment, they do not allow the pair to fall below the support around 1.3020. The pound is expected to continue its downward trend and deepen below 1.2985, but if the dollar shows a weakness this week, a return around 1.3095 should not be excluded. 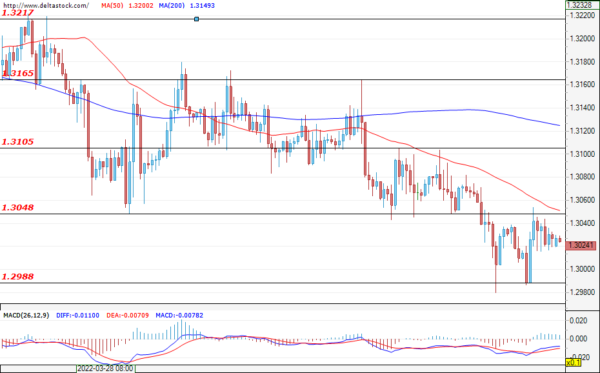 Graphically, the movements in the EUGERMANY40 are almost identical to some movements in the forex market today – a narrow range and, 30 minutes after the opening, the index was moving without frequent large swings in either direction. The downward trend continued, due to fears of stagflation in Europe and the consequences of the war in Ukraine for the energy sector in Germany. During today’s session, a downward move is more likely, given the risk-off sentiment, with the main support being around 14070. But if, of course, we see a stabilisation of the military situation, then swings above the resistance 14320 can be expected. 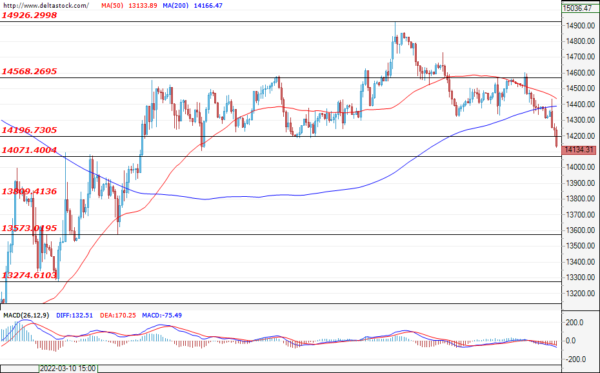 Yesterday, the Blue Chips Index maintained a range in the European session, but that changed quickly when the U.S. stock market opened. The downward movements were convincing as in the last hour of trading the US30 fell even further to 34,270, but managed to recover part of the losses and ended at around 34,320. To consider more sustained moves to the upside, there must be a convincing breach of 34,700, and continuation above 35,000. But until this happens,, the downward pressure can continue, driving it back to 34,160 later this week. Sharp moves in either direction can be expected after the CPI numbers for the U.S. are announced later today at 12:30 GMT. 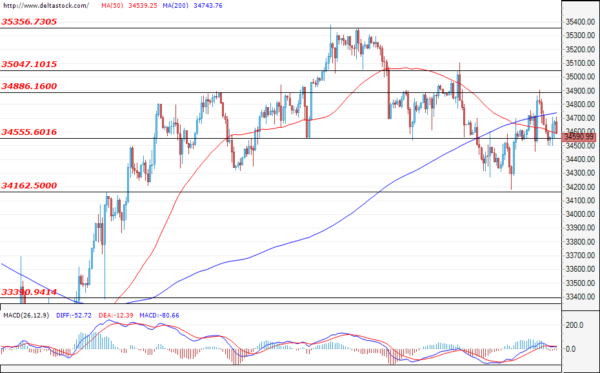